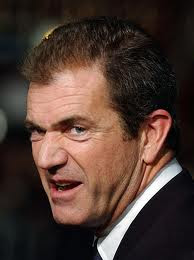 Imagine if charming Mel had had the sort of bodyguard who had the big guy's best interests at heart. Assigned not to keep fans and paparazzi away but to stop charming Mel from (a) driving drunk, leading to verbally abusing cops with anti-Semitic tirades, or (b) conducting repeated go-nuts-and-dial phone conversations with his ex, or (c) punching aforementioned ex, the mother of his child, in the mouth, or (d) making a film version of "Hamlet." Mel's life (and in the case of (d), my life) would be so much better today.
Granted, our petty little non-celebrity lives would be so dreary without the Fatty Arbuckles, the Errol Flynns, the Elizabeth Taylors, the Anna Nicole Smiths, the Paris Hiltons, the Whitney Houstons, the David Hasselhoffs (wow, this list is going on and on so easily) the Britney Spearses, and the Lindsay Lohans. I would hardly be able to get out of bed in the morning if I wasn't sure there would be some other semi-talented, overly-celebrated "star" self destructing on breakfast TV. "You may be rich!" I shout, "but at least I didn't expose my naughty bits to crowds of people last night!" At least I don't think so. Where was I last night? Hmmm...
Anyway (and stop trying to distract me like some substitute teacher) Mel's setting the bar high for future Hollywood fuck ups. He's proven he is some kind of a wacko Opus Dei Jew-hater, an alcoholic, a wife beater who treats women like possessions, and, on film, the kind of actor they used to describe as "chewing the scenery." Trifecta plus one, Mel! The pissant Quadfecta! What can you possibly do for an encore? Run for office?
Schaudenfraude (a word I find so handy I didn't even have to look up how to spell it) is a magical thing. We take pleasure in the foolhardiness of others, particularly the rich and famous, allowing us to say to ourselves "Well, I may not have money, but at least I'm not a wacko Opus Dei Jew-hating, alcoholic, misogynistic, wife-beating ham like that Mel Gibson!" A too-common human instinct - to kick 'em while they're down. And maybe all walking egos who make themselves TMZ-fodder have some kind of disease, a Hollywood-Washington DC-centered virus that wipes out reasonable judgment and common decency. Maybe another round of rehab will set them all straight. Or maybe it takes a psychopath with massive character flaws to succeed in show biz or politics these days.
Either way, it makes you glad to be just one of the little people. And it's damn entertaining.
Got to go, I think "True Hollywood Story" is coming on E!
Recommended reading: "Mel Gibson: Has He Always Been Crazy?" "Mel Gibson Still Banging on Endlessly About Crap" "Mel Gibson: It's Not a Purse!" "How to Stop Wasting Your Precious Life Obsessing Over Meaningless Celebrities"

Posted by Barry Martin at 7:40 PM No comments: Links to this post

The Tragedy That Is Nicolas Cage's Acting Career

If you hang around in any profession long enough, you're bound to fuck up somehow. You get a little full of yourself and you bend the rules. (Enron, Madoff, etc) You start to feel bullet-proof and all-powerful and you think you can get away with anything. (Clinton, Tiger, etc) You make a few enemies who feel threatened and they are happy to climb into your closet and trot out all the skeletons. (Gary Hart, every televangelist, every stick-up-the-butt right-wing moralist who turns out to like gay sex in bathrooms and massage parlors, etc) But it seems popular actors have unique possession of the spectacular self-inflicted sell-out fuck up that overshadows any earlier achievement. (Nicolas Cage, etc etc etc)
I feel particularly sad over Nicolas Cage's flaccidity as an actor these days because, damn, the guy coulda been a contender! Unforgettable the impression he made way back when in "Raising Arizona" - then fun stuff like "Moonstruck" and "Red Rock West" and others when he didn't take himself seriously - and then an Oscar-oriented, creditable, sincere effort at seriousness in "Leaving Las Vegas." And then the train derailed. "Con Air." "Face Off." "Snake Eyes." During this period weight training took the place of acting classes. He became a junkie shooting up blockbusters. Trying to maintain credibility, he barfed up movies like "Captain Corelli's Mandolin." (I would tear out my own ear canals if I was ever forced to listen to his ridiculous accent in that one again.) And then, for a moment, he got his shit together and did "Adaptation"and "Matchstick Men" and you thought, damn, Cage has remembered the whole "being-an-actor" thing. But, alas, the sanity was short-lived and along came "Ghost Rider" and "National Treasure" and a dozen other tormentingly horrid wastes of film stock. Today, whenever I see an ad for one his new movies, I snicker. Run around with a gun some more, Nic, that's the ticket.
Oh, sure, selling out for the big summer movie is a tradition. Get big enough to call the shots, pick the sure-fire popular script, and phone it in all the way to the bank. (Can you say Angelina Jolie? She seemed like an actor once, too.) It's understandable if you're skating on a thin layer of talent to begin with. But it is saddening to see an actor with something unique sucked into the vortex that leads to the dark place, where your cut of the gross means more than doing something good. And oh, sure, I know lots of these stars do the money-maker to finance their own projects, the ones about which they will say "I really believe in this script." That doesn't make it less sad when you drown your light in a sea of dung.
Oh, and by the way - there's a "Ghost Rider" sequel in the works, as well as "National Treasure 3." I feel my lunch coming up.
Posted by Barry Martin at 9:46 PM 3 comments: Links to this post

Idle hands are the bee's knees

Yesterday I heard myself use the phrase "at the end of the day." It's a pretentious phrase that tells the person you're talking to "I have now summed this up for you and there's nothing else to be said+" and one of those verbal crutches that props up the vocabulary in a moment of weakness.
"At the end of the day" went rapidly from clever new expression to cliche - an overused, a ready-made set of words that takes the place of meaningful expression.
You have to be careful when you start paying attention to cliches. You will hear yourself oozing them out, and hear them spurting from the mouths of your friends, and if you care about words you won't like yourself and you won't like your friends.
That said, (there's one) I've got my diminished mind focused on them right now, so maybe I can get it out of my system (there's another one) if I make a list of the cliches that are annoying me the most right now.
I'm going to start using some completely new phrases and try to make them into cliches, such as:
Please assist me in introducing these fresh new future cliches into the lexicon. That would make me happy as a man wearing both a striped shirt and striped pants.
Posted by Barry Martin at 7:14 AM No comments: Links to this post