Men are scum but Nick Hornby's ok and so is Glee 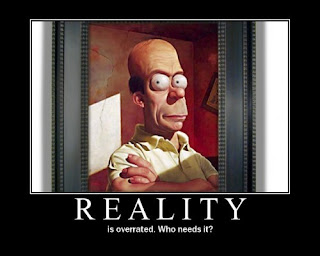 TLC drops Jon and keeps Kate:TLC says the new show, which debuts November 2, will be "Kate Plus 8."

Let me be frank here - I have never grasped the pleasure of watching these people try to manage their lives with 8 freaking kids running around. And the few times I accidentally glimpsed some of this "reality" show, it always seemed like mom and dad were barely tolerating each other. So it came as no surprise that this guy was getting some side action. I mean, even the most devout husband would be looking for any excuse to get out of the house that had 8 freaking kids running around with poopy diapers and snotty noses. Granted, he should have joined a fantasy football league or taken some night classes or something rather than go on the make, but there you go. Men are scum, we all know that.
So now TLC can spin the whole thing into much more of a soap opera that it was before. I bet the ratings go through the roof if we have scenes of them yelling at each other, her throwing his clothes out on the lawn, him trying to turn the kids against her. A beautiful American tableau in the making.
And speaking of dysfunctional men, Nick Hornby's new book is just released and my copy showed up in the mail today. It's called "Juliet Naked" and I have no idea what it's about but I know it will be good, maybe great. Hornby never disappoints. OK, I overstate. "The Long Way Down" was a long letdown, but only because my expectations were so high. When you have written things so touching, like "About a Boy," and so heartfelt and true like "High Fidelity," you can leave your fans with some fairly high expectations. And somehow his good books become good movies, instead of "not as good as the book" movies. The guy has a magic touch. Writes a lot, writes well. Cheers, Nick, and I hope Arsenal has a good season for you.
And now looping back to where I started, I am starting to get the feeling that reality TV could actually be starting to peter out - and from my lips to God's ears! I know, I know, there's a lot to be enjoyed in watching people break each other's hearts, cheat and lie to win money, and suffer through weeks of public weight loss. But just spending a little time watching something like "Mad Men," "Sons of Anarchy," or "Glee," (shows within my reach with the basic cable and hulu.com that are my lot in life today) reminds me that reality is no replacement for fiction. Reality is just not all is stacked up to be. And besides, we all know they're feeding lines and situations to those reality show people anyway. It's just an unsophisticated script performed by amateurs. Reruns of "The Sopranos" never looked better.
Posted by Barry Martin at 10:08 PM No comments: Links to this post

Because you never know 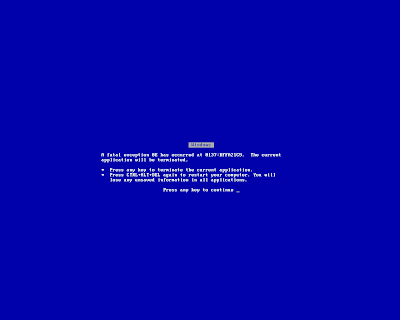 "'In this world nothing can be said to be certain, except death and taxes."
-Benjamin Franklin, 1789
Death and taxes. Inevitable. (How about death BY taxes? Some would say that's about to happen, too, but that sounds like the start of a political rant and I've lost all enthusiasm for those.) Funny that these two things we all know are so certain are the things we are so poorly prepared for most of the time. I mean, after all, you know you have to file by April 15 every year, and yet we still file extensions and fuss over it another six months. Human nature, I guess. And no surprise that so many of us shuffle off the mortal coil and leave it to others to pick up the pieces. When the eternal footman holds your coat, by the way, no extensions can be filed. Unless you have a really, really good CPA.
I had my little glance at mortality a few months ago when I joined the melanoma club. Made me take notice of things left undone. And lately it seems like people are just gone all too suddenly, unexpectedly. Napa lost a really good man this week, just 56 years old. (RIP Chris) There are no guarantees of living to your dotage (universal health care or no) - no guarantees of waking up tomorrow for that matter, or even making it to the other side of a busy street. We're all just hanging by a thread. So a person should be prepared.
To that end, I blog my last will and testament. Not a legal document, perhaps, but if it becomes my lot to take the dirt nap on short notice, here's the way I'd like it to play out:
1. Salvage the parts: take anything that's usuable and give to someone who needs it. I believe in recycling.
2. Into the fire: in my view it's an uncalled for trauma to the living to prop up the dead for display in a box. Just burn up the used meat sack and let a nice picture of me - something entertaining - be the remembrance. Apologies to the bottom line of the funeral home and the casket makers. It's pointless, but if you want to scatter my ashes I'll take Shubert Alley.
3. Whistle past the cemetery: graves and headstones are great for genealogy but otherwise just creepy and sad. Who wants to remember the dead by standing in a graveyard? Skip it.
4. Take care of the little ones: Flowers are nice but buy some for yourself, someone who can enjoy them. Money for the grandkids college fund is a lot better, meaningful gift, don't you think?
5. Party on, Garth: A lot of people have "a celebration of life" that is too much like mourning and not a lot like celebration. When I'm having the big sleep I want everybody who knew me - check that - everybody who liked me, let's say - to have a great big raging fucking party. A party with a lot of loud music and loud laughing and very loud drinking. A party where the cops come two or three times, like a fire that just keeps reigniting. That's how to celebrate, I say. So that you have such a bad hangover the next day you feel sorrier for yourself than the poor bastard who kicked off.
That's all there is to it. Simple last wishes. Party it up and move on. The best remembrance for anyone's passing is to take an even bigger bite out of life the next day and live with joy. Because you never know.
Posted by Barry Martin at 9:07 PM 2 comments: Links to this post

I haven't had any dog bites or bee stings, but for some random reason I feel like making a list of a few of my favorite things, in no particular order, and here she goes:
1. Almonds
2. When people laugh so out of control they snort
3. That first morning it smells like fall, or spring, or summer, or winter
4. Email
5. Manhattan (New York, not Kansas)
6. A long, heavy overcoat
7. When somebody drives one deep and everyone rises to their feet all at once
8. Sleeping with the fan on. And the TV. And hitting the snooze button a lot.
9. Reaching a par 5 in 2 (setting up a 4 putt)
10. Frank Capra movies
11. The sound of a cello
12. The memory of sneaking a look at a Playboy magazine as a kid
13. Fighter jets in formation
14. When little kids laugh so hard they lose all bodily control
15. Manzanita
16. Good pinot noir
17. Sondheim
18. The vegetarian burrito at Soda Canyon Store
19. Making people laugh
20. Buying a gift for someone I love
21. The first pass with a new razor blade
22. High speed trains
23. A perfectly struck bicycle kick
24. Mockingbirds
25. T.S. Eliot
26. That feeling of barely controlled panic when you walk out on stage in front of a live audience
27. Fedoras
28. Turning up the music in the car until the mirrors are vibrating
29. A quality smoke
30. Soft lips
31. French fries in a paper cone
32. Nick Hornby
33. When a blog post is finished
Posted by Barry Martin at 10:53 PM 1 comment: Links to this post