What's the deal with hair, anyway?...

Ever consider how much of your time and/or money you spend on hair? Hardly a day goes by you're not doing something to it, for it, about it, or with it - except on those days you can't do a thing with it. You got to trim it, comb it, brush it, shave it, shape it, smear something into it, wash something out of it, cover up the gray in it, curl it, straighten it, apply a chemical to make it grow, apply a chemical to make it fall out, or pluck it out by the roots. Ever stop to consider why we even have the stuff all over us in the first place?
Most of your basic animals that have hair have it all over. If hair is there to keep your body warm enough, it makes sense to have it all over the place. Take a look at your dog. Unless he's got the mange, or he's neurotic and chewing himself raw, he's got hair all over the place. Wouldn't Rover look silly if all he had was a patch of hair on the top of his head and some tufts between his legs? And maybe a little strip of hair under his nose? What a buffoon.  But that look is perfectly acceptable for your Uncle Melvin. Is there some evolutionary logic that explains the "little bit here, little bit there, whole bunch in this spot" condition of hair on the modern home sapien?
I've read somewhere that some specific crops of body hair serve to capture phermones or something. This is essential to attraction, so you might want to think twice about shaving yourself totally and looking like an alien. But riddle me this, Batman - what possible virtue can be derived from the hair that sprouts out of men's ears? If having a mass of hair inside your ear is a good thing, why don't kids and women have it?  You can make a case for nose hair having a purpose - to trap chunks of stuff you don't want to suck into your lungs - but what's with the hair in the ears? If you believe in "intelligent design" over evolution, then is ear hair just one of God's little jollies? Are you having a laugh, Yahweh?
(For those readers who would like to exit here and avoid the rant that is in the roadway just ahead, check out Why Mammal Body Hair Is an Evolutionary Enigma which is actually on a creationist website. I am a Darwinite but always like to read what the other team is saying, even if they're nimrods.)
Now to get more to a practical point on this all-important topic, I invite all of you of the male persuasion to take a good hard look at some specific hair locations and consider your options. Namely, the ear, the nose, and the eyebrow. We all have our opinions about the hair on the head and beards and whatnot, and I will not venture to pass judgement on what any individual prefers in these areas of personal fashion statement (although I will suggest that the dude working at the shoe store last week sporting the full-on Wolverine hair and mutton chops might want to just dial it back a notch unless you are getting paid to appear at some comic book convention) but at the same time, I think there are some hard and fast rules that need to be laid out in regard to the ear, the nose and the eyebrow. (The Ear, The Nose and the Eyebrow - wasn't that C.S. Lewis?)
Rules on ear hair, nose hair and bushy eyebrows:
Rule #1: Cut it
Rule #2: Cut it some more.
Rule #3: See Rule #2.
Let's face it, while you might be able to make a feeble case that there's something commanding (Stalin) or whimsical (Mark Twain) or mystical (Gandalf) about bushy eyebrows, you've also got Andy Rooney as the offset. Do you really want to look like Andy Rooney? And the monobrow? Please. You don't want to pull them out one-by-one or get waxed - ok, I understand that. How about just lather up between the eyes and take the razor to it? Something must be done. And as far as the ears and the nose go, well, boys, you've just got to get in there with whatever implements are handy and just slash and burn, and you've got to do it just about everyday. The ear hair is like kudzu, it grows about four inches a day in some specimens. Just because you can't see the side of your head and that rain forest of vegetation filling your ear canal, that doesn't mean the rest of us can't see it.
Posted by Barry Martin at 9:55 AM 4 comments: Links to this post

If someone told you to act like a gay man, what would you do? Chances are your first thought - if you are not, in fact, a gay man - has something to do with a limp wrist. Maybe you conjur up an image from a movie - Nathan Lane or Hank Azaria in Birdcage, perhaps, or some cabana boy character. Pretty easy to act like a gay man, right?
I am cast as a gay man in a Neil Simon play called The Gingerbread Lady. (Start shameless self promotion)
So an easy part, right? Just "gay it up" real good. Pour on the affectations. Hmmmm. I'm having something of a conundrum over it. The problem is, the director has updated the script to the modern day. Today we see a lot of gay men portrayed so there is no novelty in it. And more troubling, none of the gay men I have ever known behave in the exaggerated way that fits with "acting gay." (Well, maybe a couple.) But is it right to play the stereotype, even if that's what the writer created and what the audience expects? Can you play someone who calls himself "a flaming queen" with some subtlety, and avoid turning the character into a cartoon?
If you will forgive me for making a comparison that involves a really good actor, it's a little like Robert Downey, Jr.'s character in Tropic Thunder ("the dude disguised as a dude playin' another dude!") in which he is a white actor playing a black man. The white actor's concept of a black man is full of cliches and stereotypes that are offensive to the real black character in the story. I keep thinking about that as I do my "acting gay."
Posted by Barry Martin at 9:19 AM 1 comment: Links to this post

The Capitol of the World 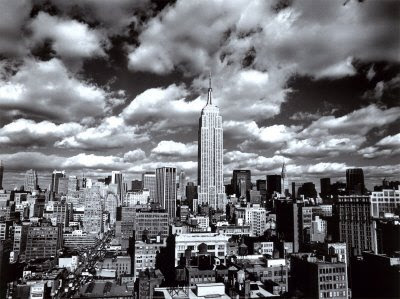 In about 24 hours I will get on a plane and shoot through the night and when morning comes I will be in the most exciting city in the world for me - New York, New York.

A trip to New York means theater to me. My first two visits in the late 70s gave me the unquenchable memories of seeing an unknown young actor named Kevin Kline on stage with a Broadway legend John Cullum and an understudy, Judy Kaye, who would become a substantial presence in her own right. The show was "On the 20th Century," and I still remember the chill that ran through me when the orchestra kicked off the overture. I said to myself "I am seeing a Broadway musical!" Not bad for a hick kid from the sticks with a bad case of the theater bug.

My mental scrapbook from that far-removed time includes recollections of being in the audience for Frank Langella's star turn as "Dracula," Blythe Danner (when she was known for more than being Gwyneth Paltrow's mom) in Pinter's "Betrayal," the original cast of "Deathtrap" in a late-night benefit for Actor's Equity where the crowd was made up mostly of people who didn't get to see the popular shows because they were in one of the popular shows, and, the penultimate experience for me, the original cast of "Sweeney Todd." I saw a little-noticed musical called "Timbuktu", a re-working of "Kismet" directed by Geoffrey Holder, who made a piece of change and became forever stereotyped as the "Cola nut" guy from some silly TV ad, and a musical called "Strider" that seemed really good to my young eyes but played to a half-empty house and closed a few nights later. More recently, the viewing experiences have included "Rent" and "The Producers" performed by the third, fourth, fifth-string casts, and the compelling Pulitzer Prize-winning "August: Osage County." In the next 96 hours I will spectate and absorb three more New York theater experiences, and my life will be a little better for it. When you're a junkie, you just got to have your fix.

And yet New York is so much to so many - so much more than the legitimate stage. There's Lady Liberty, and Central Park, and bialys in the delis, and the Public Library, and St. Patrick's Catherdral, and Bleeker Street, and the Guggenheim, and - well, where to begin, where to stop? An endless feast for all of the senses, 24/7.

You may not have noticed my restraint in writing about Manhattan and not using the phrase "the Big Apple" even once. That's only because that nickname is only one of so many that deserve a mention. Even a simple Googling reveals no less than 98 Nicknames for this wonderful place, a few of which are worth repeating here.

Let the fun begin. I will bring you a T-shirt if you're good while I'm gone.
Posted by Barry Martin at 9:33 PM No comments: Links to this post